Central America’s so-called ‘Dry Corridor’ runs through El Salvador, Guatemala, Honduras and Nicaragua. In Guatemala the crops supporting over 900,000 people have failed because rainfall has been below average for four out of the last six years. Corn and beans are the crops for tens of thousands of subsistence farmers, but this year there is little to harvest with nearly 80 percent of the corn simply ‘withering on the vine’. This comes on top of the coffee ‘rust’ crisis which has also hit the country. Food aid will become a necessity to feed these people. The United Nations estimate that altogether some two and a half million people could be affected over the whole of Central America’s ‘Dry Corridor’.
Adria Binsted
Editor 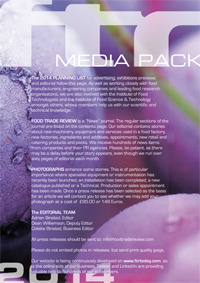 The FTR Journal and ftrtoday are published by Attwood & Binsted Ltd. “Our Family Publishing House since 1862."
%d bloggers like this: